I know what it is like for a family to be a victim of a serious injury or death. When I was 15, my father, a member of the Automobile Mechanics Union Local 701, was killed in a rail yard work accident. It was entirely preventable and should never have occurred. The employer had cleverly structured its subsidiary to avoid civil liability in the courts. Several attorneys therefore declined to take the case as a lawsuit. However, one lawyer did see a way to defeat the big corporation and took the case. Nevertheless, due to obstructionist delay tactics and a bankruptcy of a subsidiary, the case lingered for 12 years. When the case was set for trial, I had been a licensed attorney for almost 2 years. The case settled based only on what the law coldly described as “income replacement” of the deceased, and not for any personal loss of a loved one, a husband, a father. This experience has inspired me as I fight for injured people against big corporations and insurance companies, whether a bodily injury or a business dispute, to recover a true and just result.

I handle each case personally, from the initial consultation until the end of the case. I do not hand off the case to an associate or a secretary. At my office, you are not just a file in a drawer like at some other larger law offices.

I always have time for you. In fact, I encourage clients to visit my office, if only for a cup of coffee and chat. Aside from just being a pleasant activity, it allows me to get to know my clients more personally, to understand what’s most important in their lives. I think this is a significant and worthwhile practice because it enables me to be much more effective representing my clients in front of a jury or a judge.

I investigate all available sources of compensation, including all possible insurance policies, in order to maximize your recovery. I also go the extra step of negotiating all of your medical bills and amounts you are required to pay back, so that you have no lingering issues when your case is done, no unpaid bills, no collection matters. I have taken cases that other attorneys think are not winnable or are too much work. All your questions will be answered and all fees will be indicated up front.

After 2 years clerking at civil litigation firms during law school, Alex spent the third year of law school as a 711 law clerk in the Felony Division of the Cook County State’s Attorney’s Office at 26th Street and California. There he performed felony trials such as burglaries, assaults and drug cases on his own. He also assisted on the prosecution of murder and other felony trials. Having acquired a taste of and experience in the courtroom, after law school he worked at two medium size insurance defense firms gaining trial experience and a defense perspective. However, there wasn’t much satisfaction winning cases for insurance companies, so he went to work for a well-regarded solo practitioner representing injured individuals on a variety of matters. Not long afterward, in 1999, he and partner opened their own firm near his roots on Kedzie Avenue near Montrose Avenue in Chicago

Recently, in an effort to better serve his clients on the northwest side and northwest suburbs, and provide free parking and less traffic, the Law Offices of Alexander S Michalakos, PC was formed at 1410 W Higgins Road in Park Ridge, just off the I-90 Kennedy expressway at Cumberland, across from the Marriott O’Hare Hotel.

He has successfully tried dozens of cases in both state and federal courts, in a variety of areas including personal injury, wrongful death, trademark infringement, breach of contract, construction and mechanics liens, civil sexual assault, landlord-tenant, probate, temporary injunctions, rape, traffic and DUI and many others. He has regularly battled all of the major insurance companies and such opponents as the Empress Casino, Lorillard Tobacco Company (makers of Newport cigarettes), the US Government, Cook County Government, Oracle Corporation, and many others as well as several major law firms.

Call Us for a Legal Consultation: 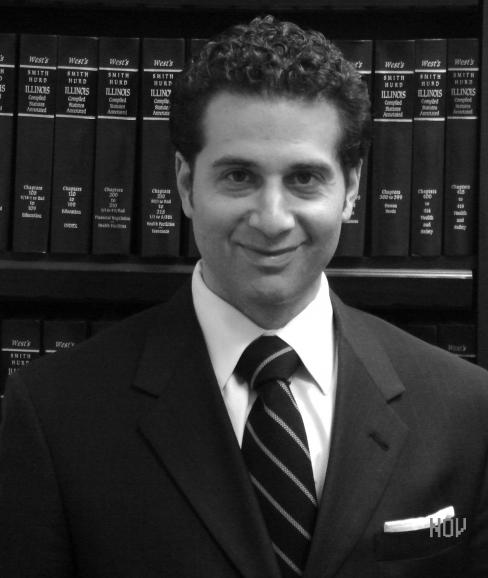 Practicing law in Chicago and Cook, DuPage, Lake, Will, Kane, McHenry counties and suburbs, including: